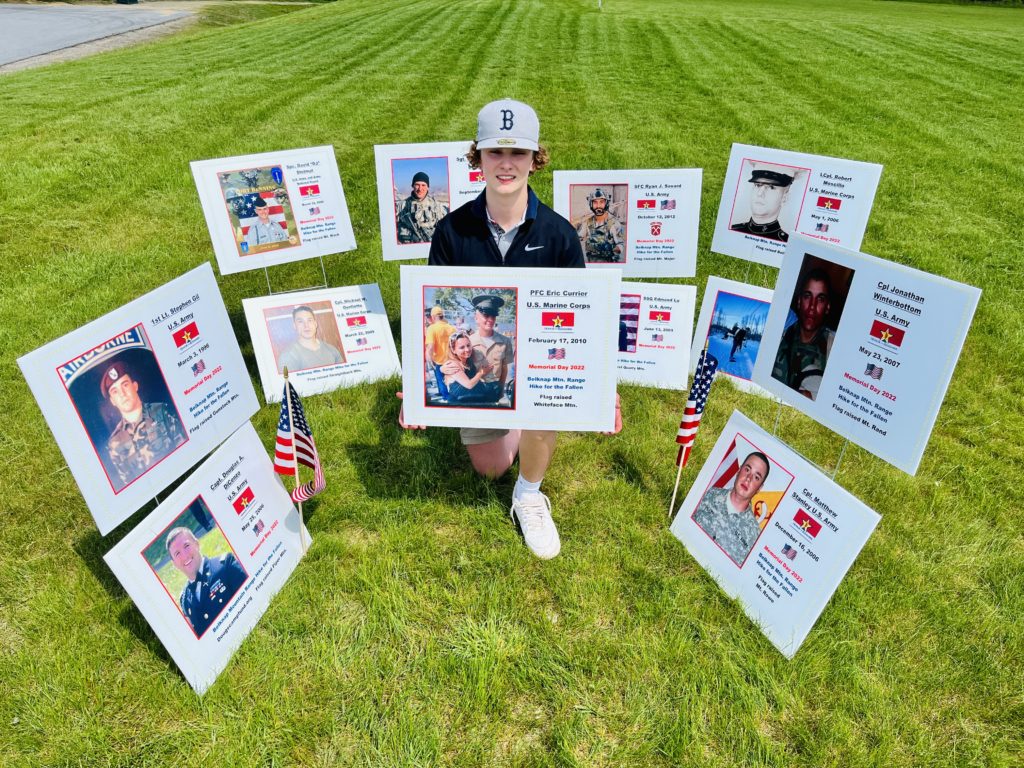 When it came time for Jack Curley ’23 to decide on a project for his spring Independent Learning Experience (ILE), he knew exactly what he wanted to do. “I would love to honor our service members,” he said in his project proposal. A few months later, Curley is set to reveal his work, a project called “The Belknap Mountain Range Hike for the Fallen.” Working during his own time outside the academic day, Curley set out to interview 12 Gold Star families in New Hampshire; to tell their stories and to bring recognition to those who lost their lives.  The contents of his project are below: a poster and bio of each individual. On Memorial Day, one of the posters, along with a flag, will be raised on each of the 12 peaks of the Belknap Mountains, part of Curley’s special effort to honor their sacrifice. After the tribute, Curley will give his work to each of the families.

The New Hampshire Union Leader recently caught up with Curley to learn more about his project. You can read the article here.