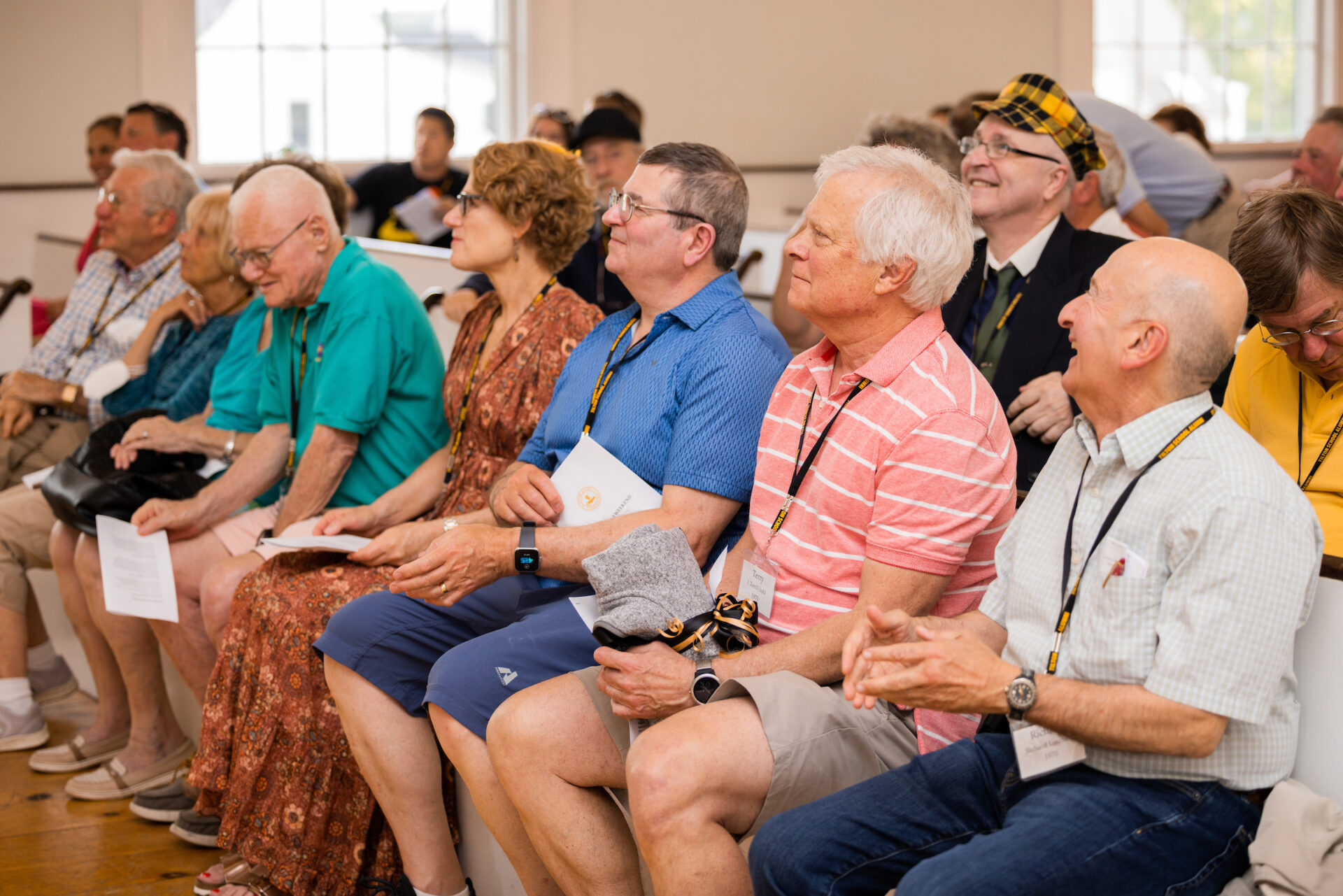 In person for the first time since 2019, Tilton’s annual Alumni Award winners were honored at a special school meeting during Alumni Weekend on June 11 in the Fred A. Smart Chapel. This year’s honorees are highlighted below — you can also see photos from school meeting and the entire Alumni Weekend on our PhotoShelter portal. Thank you to all who attended, and thank you, again, to our award winners for your continued service to and support of Tilton School.

The Alumni of the Year Award

The Alumni of the Year Award, created in 1966, must be given to an alumnus or a group of alumni. This award is presented to an alumnus who has made an outstanding contribution to his/her alma mater. Such contribution can be that which has had an impact on the school within a relatively short time or perhaps a less dramatic but substantial impact over a long period of time. This year’s winners are Signe Kurian ’87 and Matt Masiello ’90.

Kurian spent two years on the Hill as a student, coming to us from Brookline, MA. During her time at Tilton, Kurian was a member of the soccer and basketball programs, and as a member of the Parnassus literary journal, among other activities.

Kurian’s time at Tilton led her to Clark University, where she earned a Bachelor’s degree in Geography, then onto Georgetown University, where she earned her Master’s degree in Marketing. Kurian then began her career opening her own photography studio, Slanted Lens Studio, where she practices her portrait photography. A growing passion for uplifting women led her to join the Board of Shadika, an organization set on empowering young Indian women with the goal of shifting the culture in India. Throughout her career, Kurian maintained a passion for amplifying female voices; most recently she’s been a leader on the Young Women’s+ Leadership Task Force, helping to establish the new program and launch its first-ever leadership summit this past April.

In speaking with current Tilton students, Kurian said to them, “Everyone has a path and a story. My journey took me from Italy to India to California, and I have been fortunate to work in consulting, public policy, and technology. This journey, my story, started at Tilton, just as yours might. This is your story and I am happy to support it and excited to see it unfold.”

Masiello continues to support his school in his role on the Board of Trustees. A member of the Board since 2016, he has served on the Finance committee and is currently the Chair of the Marketing committee. His unwavering support and knowledge are tremendous assets to the team at Tilton — he is a guiding force to the school’s marketing efforts, including the recent rebranding, and admissions strategy.

Masiello is also the Vice President of the Masiello Family Foundation and has been an integral part of a number of charitable initiatives that aid Tilton School, along with his father Jim Masiello, the Foundation’s President. Their support has come in the form of capital giving for the Masiello Family Terrace, the Masiello Dining Commons, and the ongoing Knowles Project, as well as the Masiello Scholarships, which are annually awarded to three students with demonstrated need from New Hampshire communities. Separately, Masiello also helped lead the charge for the new Faculty and Staff Fund, which was the focus of the year’s record breaking Day of Giving.

An insurance executive, public speaker, and author, Masiello became the President and CEO of Satellite Agency Network Group, Inc. in 2013 and received the Insurance Business America Hot 100 Award in 2017, recognizing his work as a leader in shaping the future of the insurance industry. 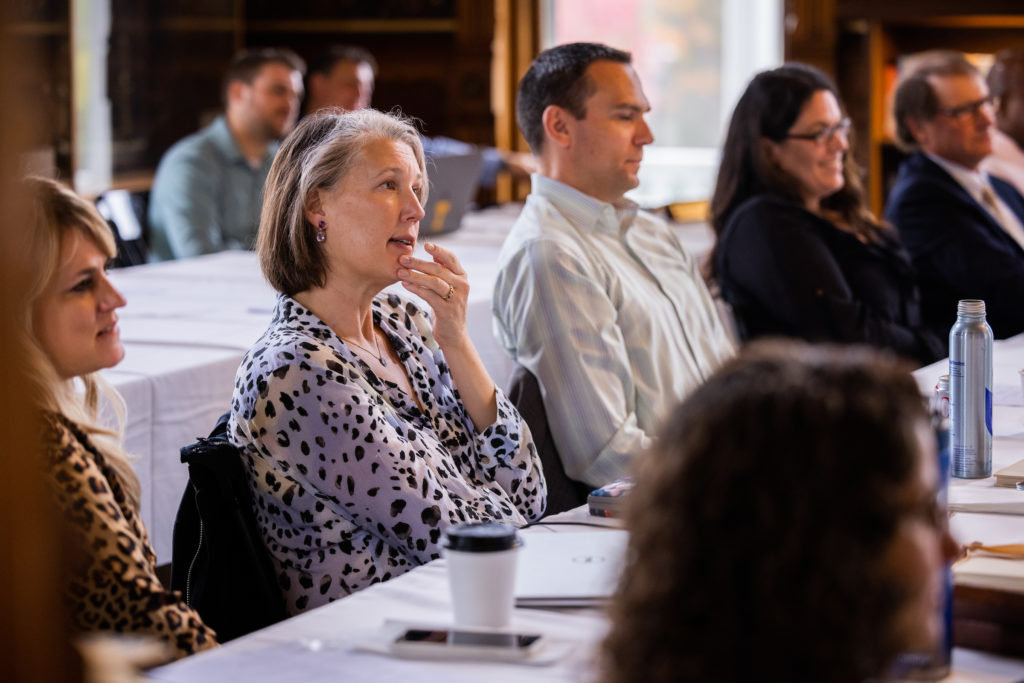 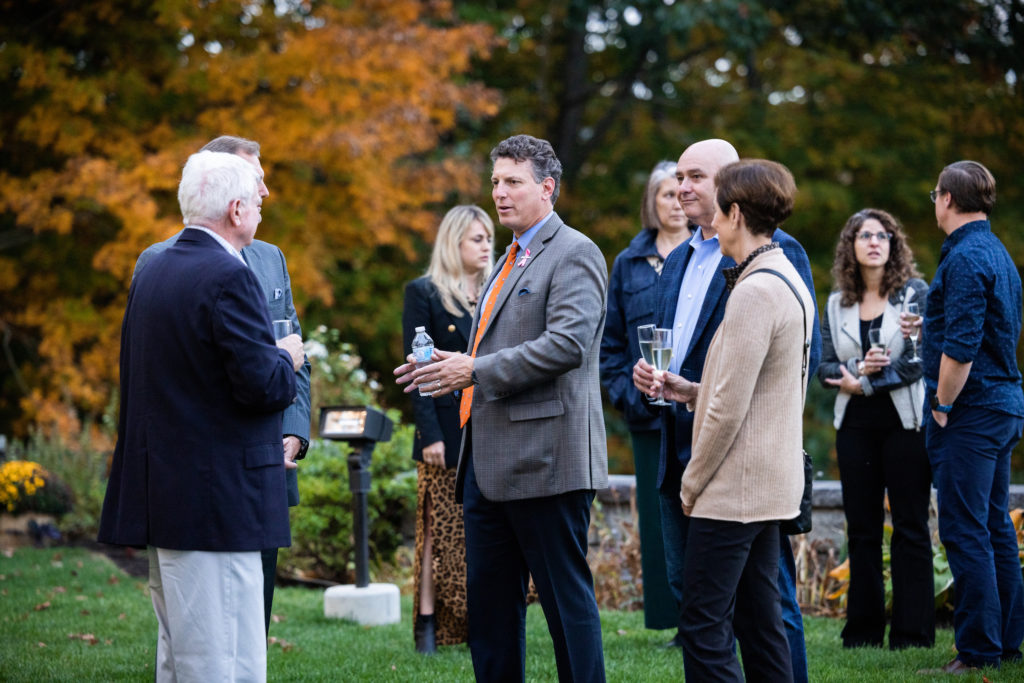 This year’s recipient is J. Terrill Judd ’70. Terry, as he is known, spent three years on the Hill as a student, spending his time as a member of the soccer and track & field programs, and as a staff writer and photographer for The Tiltonian, among many other activities.

His interest in journalism, cultivated in part at Tilton, followed him to Denison University, where he earned a Bachelors degree in political science, and onto The University of Missouri, Columbia, where he earned his Masters degree in Journalism. Judd began his 30+ years as a reporter for the Wilmington Star in North Carolina before working the majority of his career for the Muskegon Chronicle, where, most recently, he was the chief of the paper’s Tri-Cities Bureau in Grand Haven, Michigan. Throughout his career, he earned several awards from the Michigan Press Association, the Michigan Press Photographers Association, and United Press International.

For the last 16 years, Judd has served as a member of the Tilton School Board of Trustees. Currently the First Vice-Chair and the Chair of the Governance Committee, he has also served on the Admissions, Marketing, and Communications; Development and Engagement; Executive; Heads Evaluation; and Fundraising Committees. His involvement with Tilton extends well beyond his tenure on the Board — Judd was an integral part of the Library and Mansion expansion in 1990 and has been a staple at reunions over the years. 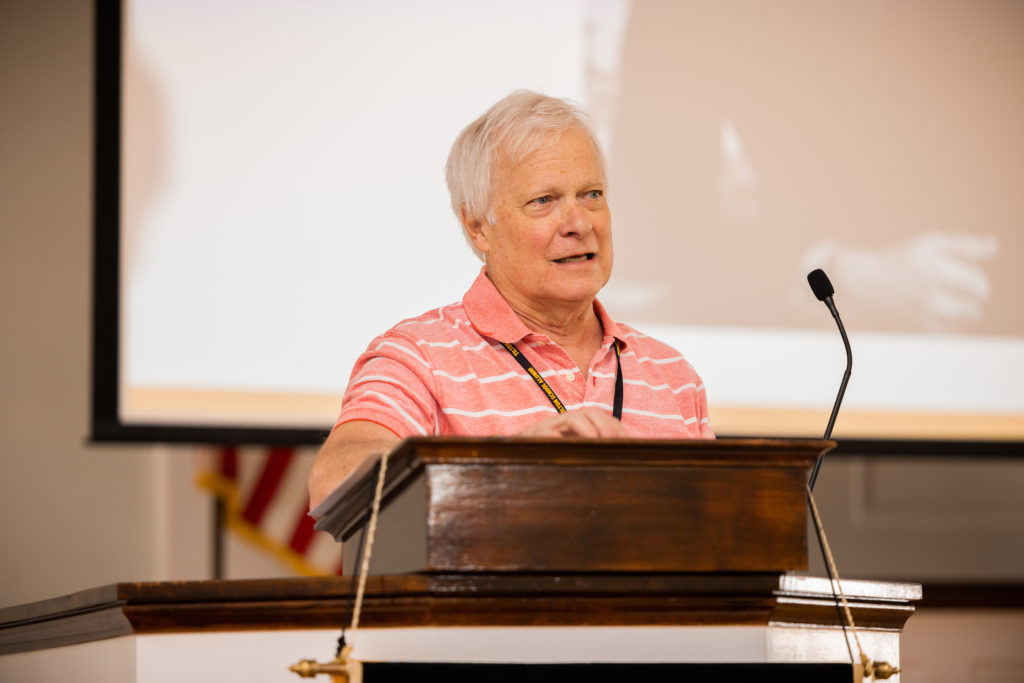 The John Charles Daly Award is presented by the Head of School to a friend or alumnus/a of Tilton whose pursuit of excellence and deep commitment as a member of the school family resembles that of John Daly’s involvement with Tilton: continuous and widely known expressions of support in word and deed, inspiring others to reach goals that common experience dictates are impossible.

This year’s recognition is posthumously awarded to our dear friend, Larry Bartell ’76. Affectionately known as “Tex” because of his signature cowboy boots, Bartell came to Tilton as a sophomore. During his time on the Hill as a student he made many lifelong friends. He went on to graduate from the University of Oklahoma and eventually joined his family business, Bartell Exploration, which supports the gas and oil industry. Bartell and his wife Patty had three children, Heather, Ashley, and James — they loved to ski in Colorado and spend time at the family’s ranch in Crested Butte.

He began his first of two terms as Tilton School Trustee in 2006. He served as the Board Secretary from 2009-2015, was co-Chair of the Fundraising committee, and also served on the Admissions, Marketing, and Communications; Executive; Governance; and Physical Plant committees. During his second term from 2016-2021, he was the Chair of the Physical Plant committee and served on the Admissions, Marketing, and Communications; and Development and Engagement Committees.

As a trustee, Bartell went out of his way to develop close relationships with faculty, staff, and students, often taking groups out to dinner, and was a frequent host of Tilton events at his home in Texas. He was generous with both his time and his money, helping to support causes near and dear to his heart on many different occasions. From rejuvenating the Outdoor Program, including efforts to save the Thornton Cabin, to support for the Science Department and Engineering Class, equipment for the Art Department, improvements to the Athletic fields, and a special fund established by former Head of School Jim Clements aimed at quietly helping disadvantaged students, among many, many other wonderful causes. One of our favorite Tilton traditions is still named after Bartell, the annual Larry Bartell Tubing Night, made possible by his Fun Fund for Student Life. 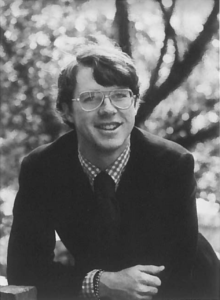