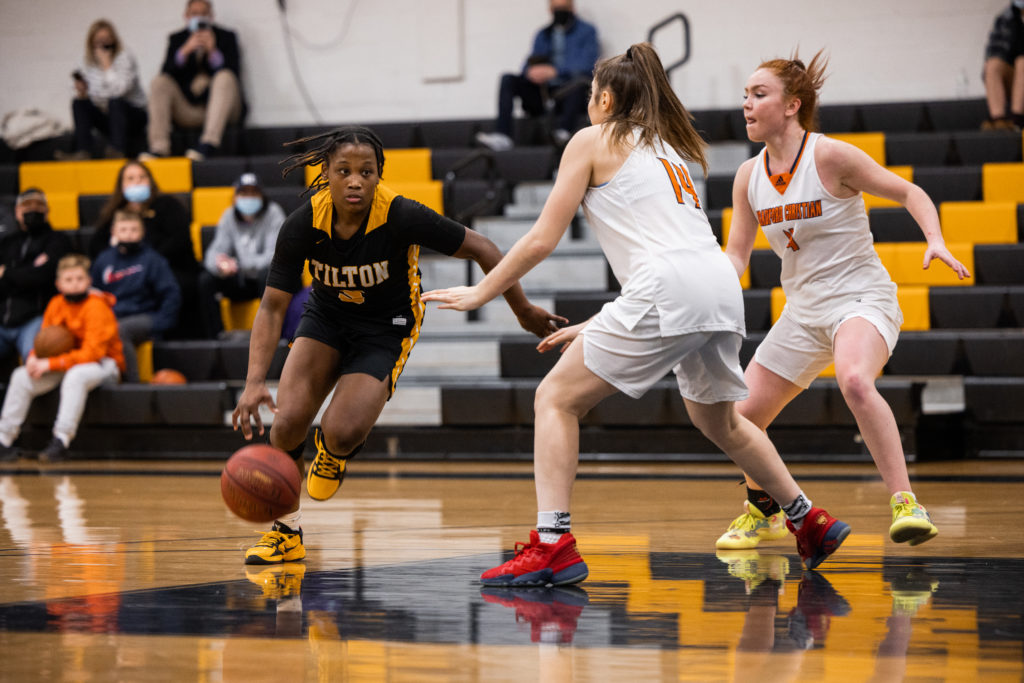 Ahnay Adams ’24 is the latest New Hampshire prep basketball player to get attention from top Division I college programs. In speaking with her about the exciting offers coming her way, Adams is focusing on keeping her momentum going through her junior year.

At the close of her sophomore season, Adams had no offers on the table. When asked how she responded to this, Adams simply said, “In April I decided to run with what Coach Tara Brisson and I had talked about, and just prove everyone wrong.” Turns out, Brisson’s advice worked out, and now Adams has a staggering fourteen Division I offers. Among the list is the University of Miami, Florida State University, Providence College, UMass Amherst, and the University of Central Florida – all with competitive women’s basketball programs.

Beyond the growing list of prospective colleges, Adams has been ranked as an ESPN Top 50 recruit for women’s basketball in her class. “It is very rare for players from New England to be ranked in the ESPN Top 100, let alone Top 50,” says Brisson. “Ahnay is currently the only player from New England in the rankings.” Adams has climbed the ranks of recruits, establishing herself as a top competitor before the outset of her junior year. As Brisson points out, “having coached Ahnay for the last two years, I won’t be surprised when she cracks that Top 20 – her desire to be great has propelled her to become an elite player.”

Adams says that, “basketball has always been my way to get away from everything. It’s taught me how to let myself fail, and to remember there is a purpose to why I’m doing this.

Having played the game since she was eight years old, she has long-wanted to reach the Women’s National Basketball Association (WNBA). “I have a dream of going pro, so every day I train and I practice and I act like I’m a pro already,” Adams explained. “I learned a lot of that from Coach Brisson — how to be disciplined, remain humble, but mostly to be patient.” Adams talked through her daily schedule, which includes waking up before 6:00 a.m. to workout, train, or practice mindfulness.

However, Adams reminds us that no matter how hard an individual trains, the dynamic of a team is what takes each game to the next level. At Tilton, the girls basketball team is easily identifiable, on and off the court. “We act like siblings,” Adams laughs. “We fight like siblings, we joke like siblings…There’s a lot of trust in basketball; you need to trust each and every person out there in order for you all to succeed.”

As Adams discusses her goals for the upcoming season, it grows clear how strong the bond is between the team. “My dream is to win the NEPSAC Championship,” she says. “To get there with my team, that would mean the world.” For her, the familial bond she has with the team is what she falls back on in times of struggle, citing that after particularly rough games, it’s her teammates and coach who support her no matter what. On and off the court it grows evident that Adams is seen as a leader amongst her team, encouraging others to improve and succeed. As Brisson explains, “Yes, Ahnay wants to be great, but she also wants that greatness for those around her too.” 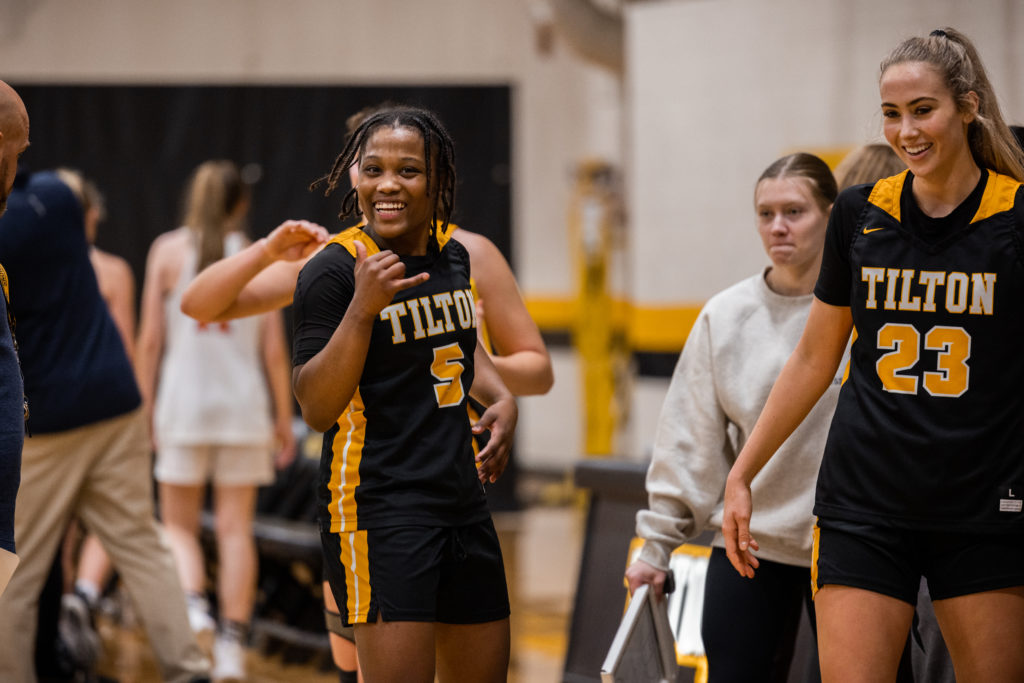